TheresNoPlaceLikeVienna.com would like to welcome Guest Blogger, Dave Graham. Dave provides a preview of what we might expect from Vienna's James Madison High School baseball team this season! GO WARHAWKS! 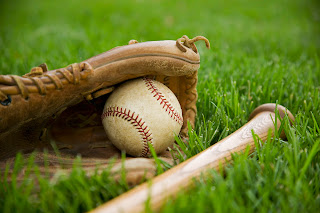 The Madison Warhawk baseball program launched the 2012 season in style with its annual pre-season banquet on March 6 at Westwood County Club in Vienna.  Nearly 200 people attended a buffet dinner to kick off the season.  The program introduced the 2012 junior varsity and varsity players, honored members of the 2002 State Championship team and featured comments by three distinguished speakers.

Expectations for the season are high.  The Warhawk varsity returns fifteen players from the 2011 squad plus another eight from last year’s JV team.  The program is coming off consecutive Liberty District championships and subsequent trips to the Northern Region semifinals.  Both years Madison fell a game short of advancing to the State tournament.  In 2010 they lost to eventual State Champion West Springfield.  Last year they lost to South County which won 28 straight games before losing in the State Championship game.
The 2002 Warhawks went 29-0 en route to capturing the State crown and is still the only undefeated champion in Virginia AAA high school history.  Celebrating the ten year anniversary of that team’s accomplishment was an ideal way to remind this year’s players that the road ahead of them has been traveled before but is very challenging.

That message was reinforced by a trio of speakers.  Fred Haden, who founded the Vienna Mustangs summer team when travel baseball was in its infancy, led off by drawing lessons from how the early Mustang teams coalesced into the 2002 State Champions.  He was followed by Josh White, a former Warhawk player who graduated in 2001 and was instrumental in shaping the 2002 team.  The keynote speaker was Erik Bakich, the University of Maryland head baseball coach who in three years has awakened Terp baseball from a 40 year slumber.  The dynamic remarks of all three speakers were pertinent, entertaining and inspiring.


The Master of Ceremonies was Madison head coach Mark “Pudge” Gjormand who returns for his 17th season as the head Warhawk.  He summed up the sentiment of the evening saying, “This was an awesome night.  I’m looking forward to the 2012 season. The Liberty District is going to be as competitive as any in the Northern Region. It will be deep with front line pitchers and experienced teams. I expect every night to be an absolute battle. I’m fortunate to be surrounded by a great group of experienced players and coaches who do things the right way. It’s going to be a lot of fun. I’m excited to get started and welcome the challenges that lie ahead.”
The eleven seniors on the varsity are:  Jack Anzilotti, Henry Brandmark, Andrew Cooney, Tim Davis, Nate Favero, Jonny Graham, Evan Jacquez, Matt Livingston, Beau Overholt, Justin Padgett and Luke Weller.  Four juniors return:  Daniel Bayer, Andy McGuire, Dan Powers and Ben Socher.  Eight juniors move up from the JV to the varsity:  Nick Brunori, Logan Claybrook, Patrick Eason, Jake Hall, Devin Kunselman, Tommy Kyllo, Keith Mainland and Willie Turner.

The season starts at Fairfax High on March 20.  Madison will play each Liberty District opponent twice, once home and once away.  Regular season games are on Tuesdays and Fridays at 6:30.  The “Battle for Vienna” against cross town rival Oakton will be played on Saturday, April 28 at 2:00 at Madison.  Easter vacation will include a trip to the Spring Classic tournament in Orlando.  The Warhawks are guaranteed at least one Liberty District playoff game during the week of May 14 with hopefully many more playoff games to follow at the District, Region and State level.  If you can’t make it in person to see a game you can follow the Red and Black on the internet at http://www.madisonwarhawkbaseball.com.
Posted by The Belt Team at 12:09 PM